Share a memory
Obituary & Services
Tribute Wall
Read more about the life story of Richard "Dick" and share your memory.

A Memorial Service will be 1:00 p.m., Saturday, January 7, 2023, at the United Church of Christ in Redfield, SD. Visitation will be one hour prior to the service at the church.  Honorary Urn bearer’s will be Dick’s Grandchildren.Burial will be at a later date.

Dick was born October 25, 1948, to Russell and Betty (Sievers) Benning in Redfield, SD.  He attended school through the eighth grade in Miranda, SD, and graduated from Faulkton High School in 1968.

Dick married Vicki Shaw on December 27, 1971, and to that union, two daughters were born: Nicole and Shawna. In 1986, he married Kim Quitsch and added two sons to his family: Derrick and Kory.

In his lifetime, Dick did many things. He was a carpenter by trade for 30 years. There wasn’t anything that he couldn’t build or fix. He was never one to let the grass grow under his feet, (because then he would have to take time to mow it), he was always on the go. On nice summer nights, you could always find him driving his ranger around town with Kim, Kory, and the pups, stopping to talk to whoever was out and about.

Dick was an avid follower of all Redfield Pheasants sporting events and was awarded the prestigious “Dick Munce Fan of the Year” award. He had a love for car racing, being a pitman at the Miller Speedway for many years and then being a track official at the Dakota State Fair Speedway. Dick played an active part in the South Dakota Special Olympics, serving on the State Board, and was the track starter for 30 years at local and state events. Going to Sturgis to the Motorcycle Rally every year to help “Big Guy” at the Iron Horse Campground was another highlight in his life.

His family was very important to him, especially anytime he was able to spend time with his three grandkids: Khia, Kezrey, and Blaze. He was also a dog lover, having many furry friends over the years, but his favorites were Sulley, Bailey, and Gibson.

Dick was not much of a “music man” but his favorite song was “I Did It My Way” by Frank Sinatra. No doubt about it Dick, you did It your way very well.

He was preceded in death by his parents, Russell and Betty Benning; sister, Barbara Gauer; and his parents-in-law, Deloris and Eldon Quitsch.

To send flowers to the family or plant a tree in memory of Richard "Dick" Arnold Benning, please visit our floral store. 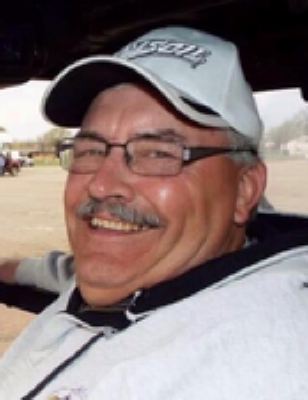 You can still show your support by sending flowers directly to the family, or by planting a memorial tree in the memory of Richard "Dick" Arnold Benning